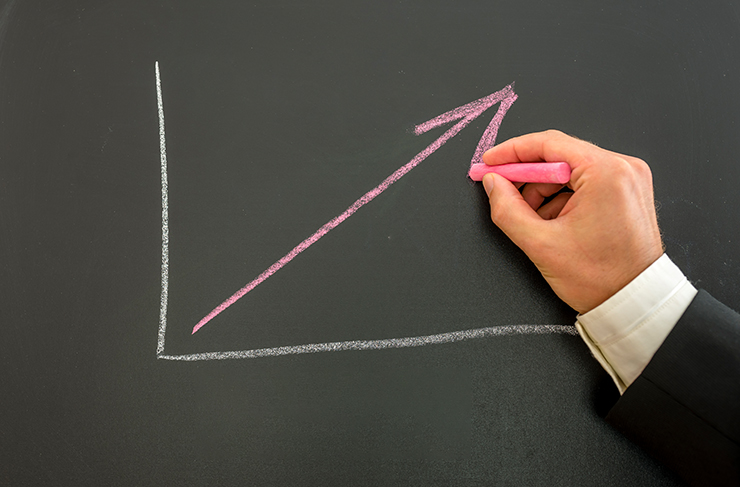 When interest rates change there’s always talk of the winners and losers of the situation. Savers benefit from an increase whilst borrowers are worse off.

But an increase also brings an advantage for businesses who have been struggling with late paying customers, one which might not have been immediately obvious.

It all relates to a piece of legislation that many businesses are aware of, but don’t always apply. It’s called the Late Payment of Commercial Debts (Interest) Act, which gives businesses the right to charge their customers compensation and statutory interest on any overdue invoices to help cover debt collection costs.

An interest charge of 8% plus the Bank of England Base Rate applies from the day the debt becomes overdue, whilst you are also eligible to claim debt collection costs of at least £40, depending on the invoice’s value.

At the start of November The Bank of England increased interest rates from the historic low of 0.25% to 0.5% – the first rise since July 2007.

Whilst this is not a huge amount, at a time where SMEs are really feeling the strain of late payment, it could be a helping hand in chasing overdue invoices.

Richard Beresford, chief executive of the National Federation of Builders, said: “The interest rate rise will give SMEs more leverage when chasing late payments, but there is still some way to go. When the Bank of England previously cut the interest rate in 2016, we asked the Government to increase efforts to tackle late payment more aggressively.

Beresford continued: “This is an opportunity for SMEs to test the small business commissioner who can deal with late payment claims, confidentially if required.”

How much could you charge?

To calculate how much late payment interest you are eligible to charge on overdue invoices simply use our tool below. Please note: If you’re experiencing problems please click here to use the tool.

The move reverses the cut in August of last year, which was made in the wake of the vote to leave the European Union.

According to the Bank’s governor Mark Carney, it is likely to rise twice more over the next three years, which could take the rate to 1%. This would give SMEs even further power in their bid to persuade customers to pay on time.

What do you think? Will the interest rate rise help you in the fight against late payment? Or is it unlikely to make a difference? Let us know in the comments below.