Home | Blog | 5 fictional characters that would rock at credit control

5 fictional characters that would rock at credit control 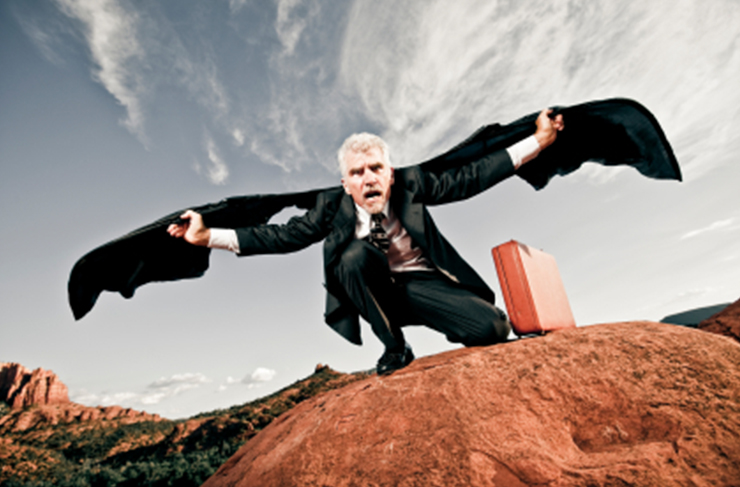 Ever wondered if Batman would fit in at your office? Would Sherlock Holmes be a help or hindrance to your credit control team? Could Marge Simpson make a good debt collector?

Well, for some light-hearted fun we’ve come up with five fictional characters that possess some of the key ingredients which would make them a fantastic addition to any business’s credit control team.

Do you share any of these qualities? Can you think of more fictional characters that would rock at credit control? Let us know in the comments below and see who your friends and colleagues would suggest.

There’s a lot about Batman that we love. He’s strong, cool, rich and a crime-fighting extraordinaire, to name a few. But the thing we love most, and we’re sure you’ll agree, is that he’s human. He didn’t get his powers from an alien planet or by being bitten by a radioactive spider; his powers are simply hard graft, something that all credit controllers should possess.

With Gotham City constantly finding itself in trouble, he works hard to stay on top of all the wrong-doings and achieves great results. When it comes to credit control there’s no magic way to get reluctant customers to pay up. But, with Batman’s dogged determination we know he would excel at tracking down debtors and getting them to pay.

Another great quality Batman possesses is his firm but fair approach to all those he deals with. He is fair enough to listen and to compromise to get the outcome he desires whilst remaining authoritative at all times; something great credit controllers all do well.

Like most superheroes, Wonder Woman is no stranger to bad guys and girls. With lots of crime-fighting experience she’s seen it all, and as a result, she knows exactly how to spot the bad guys and act appropriately. So if your business is subject to poor payment practices she’s sure to know exactly what to do.

With her no-nonsense approach to those in the wrong, supply chain bullying and other bad practices definitely wouldn’t stand. And equipped with her unbreakable golden lasso of truth that no-one can escape – not even the trickiest customers – late payment excuses are certainly not an issue for the powerful warrior as she can always tell which excuses are genuine and which ones are not.

Sherlock Holmes is a fantastic detective known for his astute logical reasoning, his ability to disguise himself and his use of forensic science to solve difficult cases. All of which are fantastic traits for a credit controller tasked with tracking down debtors who have fallen off the radar.

But perhaps his best credit control quality is his relentlessly thorough and adaptable approach to cases. In A Game of Shadows, Sherlock Holmes travels across Europe putting his life in danger in an attempt to bring down Professor Moriarty.

Admittedly, leaving the country in an attempt to catch a debtor may be a step too far – not to mention the cost involved probably outweighing the debt. But, when dealing with late payment, it’s important to exhaust all possible avenues to collect the money that you’re owed, something we know Sherlock Holmes would do with ease.

Whilst she may not seem like an obvious choice, never underestimate how important qualities such as likeability, respect and common sense can be for a credit controller. Whilst it’s important to have the necessary skills to get late paying customers to settle their invoices, it’s arguably more vital to have the skills that make customers want to pay on time, every time in the first place. Customers are more likely to pay if they have a good relationship with your business and we struggled to think of a more likeable character than Marge.

Also, her sense of order gained from looking after her family and home would make her approach to credit control systematic and organised – so none of the crucial early stages like invoicing and chasing up with a courtesy call would ever be missed.

And, although her level-headedness and likeability aren’t always appreciated in Springfield, she’s the kind of employee that is needed in order to maintain stability. In fact, when Marge was removed from the town for a brief stint in jail, Springfield fell to pieces.

A billionaire playboy and ingenious engineer, Tony Stark has no real powers. Instead, he relies on his work ethic and intelligence to create technological devices that can save the world. Much like a good credit controller his love for gadgets and technology has often been the true saviour of the day.

Speed of response and an innovative approach are crucial skills for maximising debt recovery as well as saving the world. And, with much of a credit controller’s work moving from paper to online, it’s vital to have the systems in place to be able to immediately access vital information – systems that Tony Stark could probably make in a flash.

We also admire that, even in the toughest situations, Iron Man manages to retain a sense of humour. Working in credit control can be hard at times so it’s important to remain positive.

Unfortunately, none of these fictional characters are available for hire, but we are! At Hilton-Baird Collection Services we may not have superpowers but we are experts at credit control. So if you need help with the recovery of an overdue invoice or a fully outsourced credit control facility please get in touch on 0800 9774848 or collections@hiltonbaird.co.uk.